I am new on Twitter, and I thought a nice celebration would be an in-depth view concerning different parts of my books. Today, I am going to talk about the opening story in my first collection, “Seven Deadly Pleasures” (2009 Hippocampus Press).

To begin, I had the opportunity to break into the small horror market because I was lucky enough to have S.T. Joshi actually read four of my stories back in 2007 (“Passive Passenger,” “The Clever Mask,” “Quest for Sadness,” and “The Legend of the Slither-Shifter”), and like them enough to tell me to come up with 40,000 more words! Believe it or not, I had bought a book from Borders off a gift card given to me by a student, and S.T.’s name was on the cover as the editor. At the time I had no idea that he was America’s number one literary scholar for weird fiction, one of our most powerful anthologists, and Lovecraft’s renowned world biographer. I soon realized my incredible fortune, and took an old failed novel titled “Mischief,” isolated the first fifty pages, rewrote them, expanded them, and created the novella “Toll Booth.”

S.T. approved and asked what I wanted to call my first traditionally published collection. I said, “Five stories, ‘Five Deadly Pleasures.'” He then said that Hippocampus wouldn’t be able release it for a year, so why not complete the parallel, making it “Seven Deadly Pleasures” like the Seven Deadly Sins? Two more stories? No problem!

I immediately wrote a scary clown tale called “The Exterminator” (my personal favorite in the collection I must say), and S.T. said, “Hmm. Ok. Give me one more.” But I was out of ideas! The only thing I could think of at the time was the fact that for years I had been telling a ghost story that started as improvisation in rowdy classrooms when I worked at an inner city charter school. Over time, my story of the scary little girl with pigtails and the jump rope she dragged behind her blossomed, gaining a life of its own, becoming a school legend to the point that older girls would squat on a bathroom stall toilet so their feet were unseen, and moan, “Mommy…” when younger girls would come in, terrifying them.

So I made a frame story about a 10th grade teacher telling the story of the ghost of Bria Patterson to a class of 6th graders he had to sub for, scaring the living shit out of them, and hence, raising the spirit from the dead.

The story “How Bria Died” got some interesting airplay before appearing in my first collection a year later. Ann VanderMeer took it for the “Uncanny Beauty” issue of Weird Tales magazine, and then later, “How Bria Died” was chosen to appear in Paula Guran’s “The Year’s Best Dark Fantasy and Horror – 2011” It was also a runner up for Ellen Datlow’s “Best of” that year (Night Shade Books) and so remains the short story of mine that gained the most notoriety.

Stay the fuck out of the bathroom. 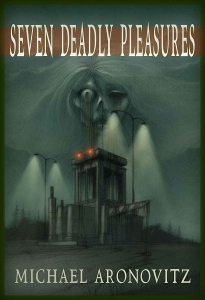