My Note: I have known Dr. Annalisa Castaldo for just short of twenty years now. I was lucky enough to get assigned to her Introduction to Shakespeare class at Temple University in the mid to late nineties. I was well on my way to the first masters degree at Saint Joseph’s University, and they did not have the Shakespeare class I needed to complete my certification to teach secondary public school. I had taken Shakespeare classes before, yet Annalisa’s was different. She had us editing text and changing contexts, creating movie scripts, writing papers that dug deeper than the standard issue symbols and metaphors. The first paper I handed in received a “B.” What? Really? I had not earned anything lower than an “A” on any paper yet in graduate school, and this was at the tail end of the degree. I asked advice, and she told me exactly where she wanted more proof, evidence, and support. The original paper requirement was five pages. I handed in a fifteen page rewrite and got an “A,” the most meaningful grade I received in my graduate studies, only tied possibly with a paper I managed to put together concerning “The Marriage Group” in Chaucer’s ‘The Canterbury Tales’ while attaining my second masters at Villanova.

Annalisa and I became friends and she has remained a mentor figure in my life, truly cherished. Back in 2009 a dream came true for me when I put out my first published collection, and Annalisa gave me the first back cover blurb. A year or so later I had my first job as a professor of English at Widener University, working right down the hall from my official mentor, Annalisa Castaldo.

Thank you, Annalisa, for teaching me so much about life, about scholarship, about art. Pick a plot, put up a marker, and etch something into the stone!

Shakespeare, like other early modern playwrights, loves to put the supernatural into his plays. A conservative count has some supernatural element showing up in 13 of his 37 plays and if we include Othello and his possibly magical handkerchief, we can say that over a third of Shakespeare’s plays contain something supernatural. The big and most well-known examples of the supernatural, of course, are the fairies in Midsummer Night’s Dream and the witches in Macbeth.

But what about the ghosts? Aside from the ghost of Hamlet’s father, ghosts receive very little attention, either scholarly or dramatically. I am here to stand up for ghosts as an important—perhaps the most important—element in Shakespeare’s supernatural arsenal, and to argue that ghosts are not the simple harbingers of doom we tend to think.

Caesar’s ghost is the most straightforward. It is actually taken directly from Plutarch and Shakespeare seems to have included the ghost purely because it was in the source, and because he could. The ghost does not add anything to our understanding of Brutus’ character, nor does the supernatural visit seem to influence the outcome of the battle in any way.

In 5.3 of Richard III, the ghosts of all the people Richard has murdered—Prince Edward, King Henry, Clarence, Rivers, Grey, Vaughan, Princes in the tower, Hastings, Lady Anne, and Buckingham—enter as Richard and his opposite Richmond (the future Henry VII) sleep. Each in turn describes their death, curses Richard, saying “despair and die” and then offers blessings and support to Richmond.

What is interesting here is how the ghosts work both as a manifestation of God’s providence—Richard is not a Machiavel in a soulless universe, but the unwitting scourge of God, ready now to be discarded—and a psychological window into Richard’s interior. As much as Richard has shared with the audience, this is the first time we have seen him with his guard down. Awakening in terror, Richard meditates on his bloody path:

My conscience hath a thousand several tongues,
And every tongue brings in a several tale,
And every tale condemns me for a villain….
I shall despair. There is no creature loves me;
And if I die, no soul shall pity me:
Nay, wherefore should they, since that I myself
Find in myself no pity to myself?

A very different use of ghosts comes at the end of Cymbeline: The appearance of the hero’s family has a strong claim for Shakespeare’s most specific stage direction “Enter, as in an apparition Sicilius Leonatus, attired like a warrior, leading in his hand an ancient matron, his wife and Mother to Posthumus, with music before them. Then, after other music, follows the two young Leonati, brothers to Postumus, with wounds as they died in the wars. They circle Posthumus round as he lies sleeping, appealing to Jove to help the last surviving member of the family and their appeals are rewarded when Jove himself descends on an eagle to announce that Posthumus will be saved and rewarded for his bravery.

Banquo seems like a very simple ghost—he unspeaking, merely pointing and, apparently, shaking his blood soaked hair. However, his silence and the fact that no one but Macbeth can see him makes it possible for directors to cut the actor and thus make ambiguous the question of Macbeth’s sanity. Artists and directors have had a great deal of fun representing the ways in which a ghost might appear and disrupt dinner. Banquo actually appears twice; he is part of the procession of kings the witches show Macbeth in 4.1. Despite their warnings to ask for no more knowledge, Macbeth insists on knowing if Banquo’s issue will inherit. He is “rewarded” with “A show of Eight Kings, the last with a glass in his hand; GHOST OF BANQUO following.

And then there is Hamlet. Everything about this play is superlative—longest, most editorially complex, most performed, and so of course the ghost is the most complex. Hamlet Senior shows up 3 separate times, over 4 scenes. He is both visible and invisible. So many questions. Why doesn’t the ghost appear to Hamlet right away, but first to the guards? Why does he even demand revenge if he is actually a soul in purgatory, because if Hamlet kills the king, his uncle, he will be doomed to hell, or at least purgatory? Why does the ghost not appear to Gertrude? Why does the ghost (in common with his son) seem more concerned with the sexual behavior of his wife than the fact that he’s been murdered by his brother? It is here, midway through his career, that Shakespeare creates a ghost who is a full-fledged character, not just a walk on part muttering about vengeance.

Finally, I want to talk mention The Winter’s Tale even though there is no ghost in it, because the ghost of Hermione never appears on stage and in fact, cannot be there since Hermione is not actually dead (as we find out in Act 5). But in Act 3, we and all the characters believe she is dead, and Antigonous gives a powerful description of the apparition he has seen. “Sometimes her head on one side, some another;/I never saw a vessel of like sorrow,/So fill’d and so becoming: in pure white robes” And the prophecy this vision delivers turns out to be true—Antigonous does never see his wife again, because in this very scene he is eaten by a bear, and the ghost’s demand that the baby Perdita be left on the shores of Bohemia leads her to meet, once she has grown up, the prince. They will run off together and thus unwittingly return Perdita to her home in Sicilia and reveal that she is in fact, the missing princess. Shakespeare leaves ambiguous whether this is mere chance or something supernatural guiding the happy ending. Like all of Shakespeare’s ghosts (but more so) Hermione’s ghost functions as a supernatural commentary on the action and a way for audiences to connect to the characters. 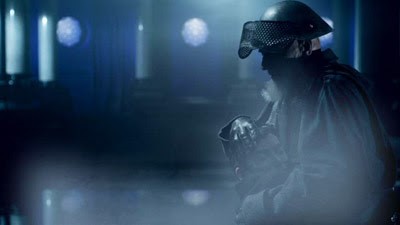 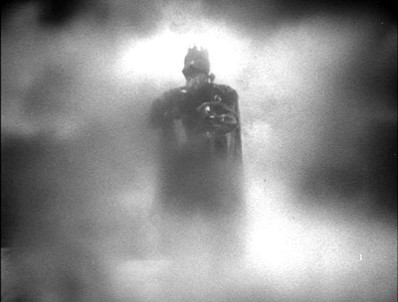 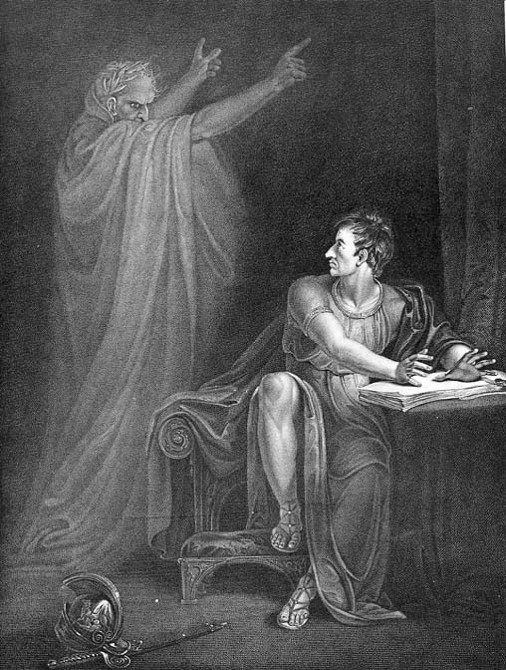 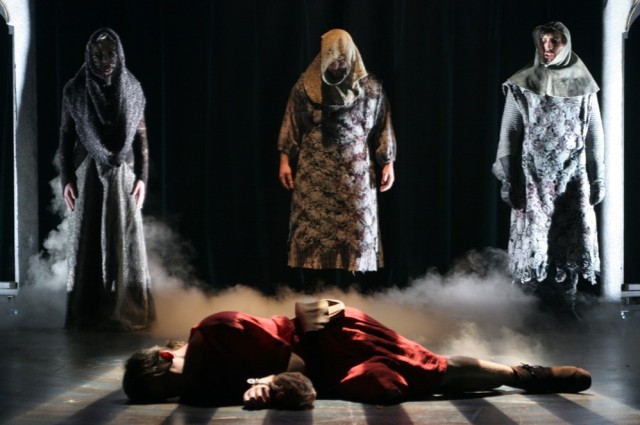 The Ghost who is not a Ghost – The Winter’s Tale